Top 5 Future Advanced Technologies You Should Know About 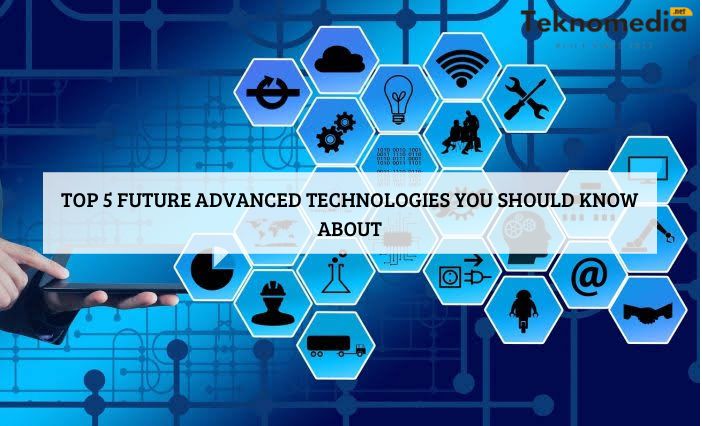 Over time, today's technology is very used. This is because to help in everyday life. There are many technological innovations designed to meet human daily needs.
The existence of technology has a big impact on life. nowadays, Most people depend on technology. The reason is, that we need technology every day to carry out activities.
the more human needs, the more ideas for future technology are created. thus, nothing is impossible to bring new innovations. and take advantage of advanced technology in the future.
So, what technology will people have in the future? And which technology is the best for the future?

One of the first technologies of the future is smart shoes. This tool can recognize the user's movements when walking, climbing, and running. When used, these smart shoes can send information. such as mileage, speed, and the number of calories. What's more. this futuristic advanced technology already uses a battery that can last for 60 days.

The next technology is the hyperloop. In 2012, the term hyperloop was first mentioned by Elon Musk.
This inventor of the United States said that the hyperloop concept is a means of transportation that looks like a capsule. Which can move in the low-pressure air duct.
In the future, Hyperloop will inspire metropolitan areas to develop transportation. which is faster, safer, and capable of carrying large numbers of passengers. The Hyperloop can travel at a speed of 1,700 kilometers per hour.

Light Field Displays are a future prediction technology that will replace VR and LCD. This technology offers a different experience in enjoying visual media. No need to use many devices like when using a VR headset.
This tool displays a 4D image from the initial focus to the retina of the eye. This technology also has advantages. In other words, the operation is not as complicated as a VR headset. Chances are, this tool will have a shape like glasses in general.

Researchers predict that in the future humans will have a larger brain size. and generally, live longer. This increasing age group is due to implant technology. For example, you can now choose the LASIK technique. It is not impossible to have an eye lens implant in the future.

Who says health and marketing don't go hand in hand? in the future, you will see the application of biometric technology. to know the health and behavior of customers. Thus, it does not rule out the possibility. that the internet, mobile phones, and other forms of communication will make advertising more targeted by 2030.
What is your opinion? Do you agree with scientists about 5 new technologies?